What do you actually have to do to get people to use checklists? It’s frustrating, isn’t it? You put all that work in, nobody follows them, and things still get forgotten and not done.

It’s no secret that I love checklists. So much so, that they make my top tools for kitchens – twice. They’re great because when you use them you don’t have to rely on memory. If you’re like me, distraction is a real problem. Even the best knowledge needs a backup.

But when I suggest checklists, most of my clients say “We tried them. They didn’t work.” Well, they’re right. Some checklists don’t work. Those are what I call bad checklists. (Sorry.)

Bad checklists have 3 things in common

These 3 reasons are why your team isn’t using your checklists and why you’re frustrated every day.

If you really want people to actually use your checklists, here’s how.

As I’ve mentioned, brains are terrible for remembering things. Brains look for patterns, and when there aren’t any, or they aren’t intuitive, we discard the information.

If checklists don’t have a sequence, tasks seem randomly scattered, and difficult to follow. You need to follow the order tasks will be done in.

won’t be followed. Do you see how the tasks are scattered? You’re expecting someone to go from wrapping food, to the windows, then to the back of the kitchen, and finally to the fridge. This means that either they’ll have to remember where they were, and what they did or they have to search through the checklist to check off what they just did. That leads to tasks being checked off without actually having been completed. It’s confusing and muddled.

Avoid this chaos by batching areas and tasks together. The idea is to separate sections so that one task flows on to the next.  For example

This way, it’s a helpful list. The person using it doesn’t have to rely on their brain to remember the flow. Instead, it’s a walk through a series of tasks, building muscle memory.

A good checklist never leaves much up to interpretation. Rather than vague, ambiguous tasks

Vagueness is the enemy of direction. If you suspect this is the reason your checklists aren’t followed, ask

If you answer No to any of these, reword the direction.

3. Give a reason to use them

What is your plan if checklists aren’t followed? If there is no follow-up and action from management, then the kitchen team has no cause to use them. All people eliminate tasks to make things easier. Your kitchen team is no different. Provide a reason for checklists to be used.

For this reason, checklists should always have a double-checking feature, most likely a space for a manager or team lead to sign off.

You’ll have to get comfortable with following up when they aren’t applied. If a task is marked as completed but is incorrect, schedule extra training on that task.

Training is teaching systems. If things aren’t done to your standards, don’t let it slide. Show what to do, have your staff do it, and coach and correct while watching them. It might be frustrating, and you’ll wonder why you have to keep doing it, but eventually, it will become natural to your team and you’ll be grateful that you put in the effort.

If you need kitchen checklists, have a look here. I’ve put together a bunch that you can print and use immediately in your business. 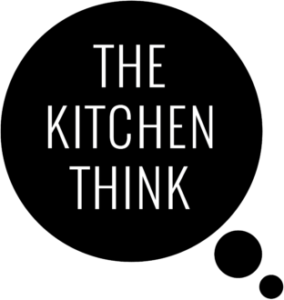